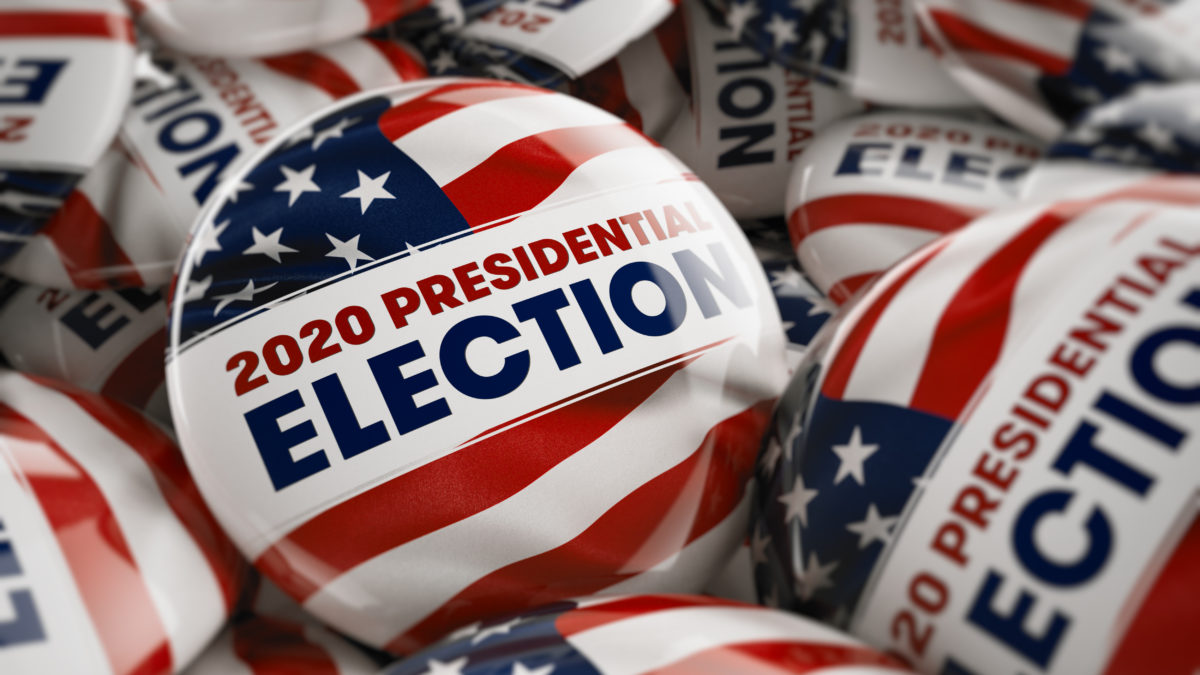 Closeup shot of one presidential election button in focus in between many other buttons in a box. Selective focus with shallow depth of field.

In 99 days, Americans will choose the next President of the United States. Presidential elections are weighty affairs, heavy with history and allegory, and they serve as a mirror to America – where we think we are, where we think we should be headed, and how we think we should get there. While it is easy to fall into hyperbole when discussing Presidential elections, the 2020 vote will likely prove more significant than most. The US is more culturally and politically divided than at any point since the 1960s. We are coming out of the deepest economic downturn since the Great Depression while facing a spreading virus as well as months of mass peaceful protests – and civil unrest – in our biggest cities, all while being confronted with a rising and increasingly assertive China. Given all of that, it isn’t surprising investors are shifting their attention from the market and economic implications of COVID-19 to the Presidential election and what it might mean for the economy and the market.

While we are investors and not political scientists, we have some thoughts about the election. At a high level, our 2c fall along the following lines:

Finally, if you want a pretty good idea of who will come out on top on November 3, you can do worse than to consult the market. Since 1928, when the Dow Jones Industrial Average is up in August through October in an election year, the party that holds the White House tends to win the Presidential election; when it is down, the party tends to lose.

Show me the money