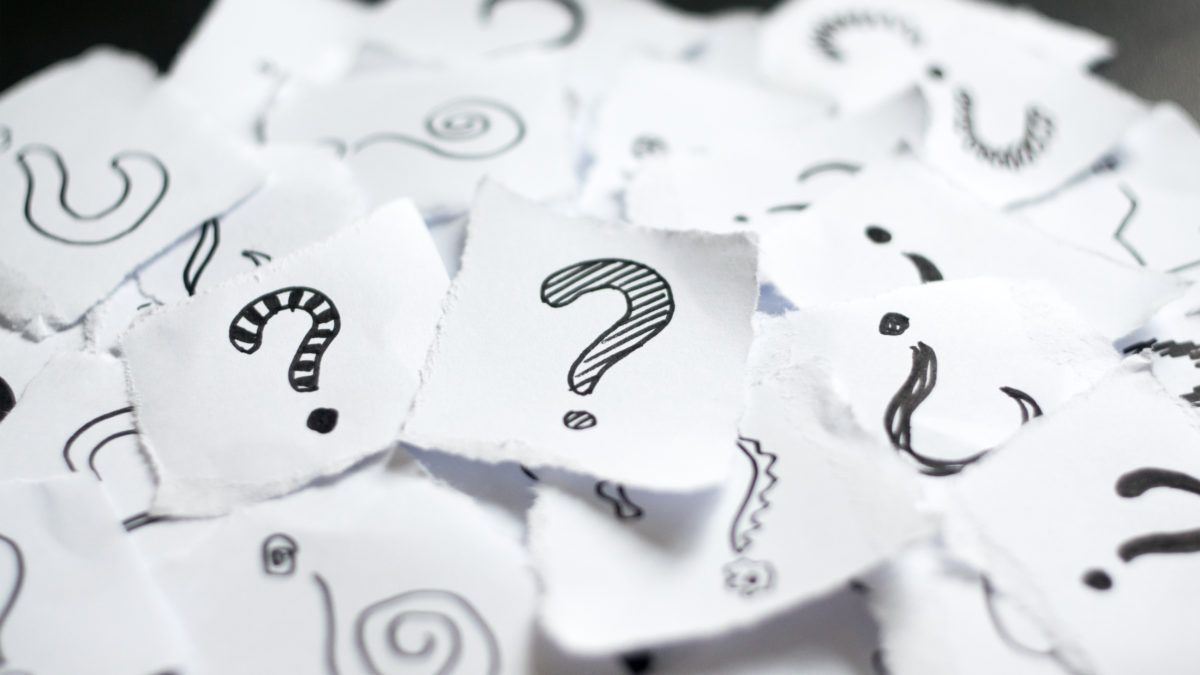 Seeking respite from what has been a trying few weeks in the markets, I recently sat down with my kids to watch (OK, to re-re-re-watch) Frozen 2. Despite turning on the movie to unplug, I unintentionally found it filled with good ideas for investors who are struggling in these uncertain times. For those unfamiliar with the story, our heroine, Elsa, is being called “into the unknown” by a voice that promises answers about her family’s foggy past. Heeding the voice leads her on a winding journey that put me in mind of some of the research around just how uncomfortable humankind is with not knowing (so much for a relaxing movie night). So, why is it exactly that we struggle so mightily with uncertainty?

Why do we hate uncertainty?
To understand behavioral phenomena such as our profound distaste for uncertainty, it helps to grasp some of the simple physiological truths that give rise to them. For instance, our brains, which make up only a small percentage of our body weight (2 to 3% usually), account for as much as a quarter of our daily caloric expenditure, a dramatic imbalance between size and caloric expensiveness. In an effort to bring this imbalance back into greater harmony, humankind is always looking for ways to engage in cognitive coasting, which can take the form of deferring to experts, following the crowd, or for the purposes of our discussion, taking on an air of certainty about fundamentally uncertain things.

Consider a study cited by Jason Zweig in his book, Your Money and Your Brain, in which participants were asked to assess the national origin of a young child based on their drawings, a patently ridiculous task. Despite the impossibility of the task, however, 68% of participants expressed certainty about their ability to discern a Japanese child from a British child based on their doodles. Similarly, a study I cited in The Behavioral Investor found the more enthusiastic voters were about going to war with Iraq, the less able they were to locate Iraq on a map. Uncertainty, which requires us to prepare for every contingency, is metabolically burdensome and psychologically uncomfortable. Unwilling to sit with such discomfort, the human tendency is to paper over uncertainty with a thin veneer of false certainty. But there’s a different and better way for behavioral investors who want to approach the world in a more honest way that involves two principles: simplification and diversification.

In praise of simplicity
When confronted with complexity, it is natural to want to “figure it out.” This impulse is laudable when applied to knowable, solvable problems, but can lead to frustration and behavioral miscues when applied to the dynamic web of interactions that make up global capital markets. The immediate future direction of markets will be determined by the virality of COVID-19, the outcome of the US Presidential election, fiscal and monetary policy decisions made by the US and other governments, among a host of other variables. Each of these outcomes is very hard to predict in isolation, but when they begin to interact with one another, the number of variables to be considered becomes nearly infinite and absolutely unknowable. Paradoxically, the answer to such dynamism and complexity is not further complexity, but a return to first principles.

Andrew Haldane, Executive Director of Financial Stability at the Bank of England makes a compelling academic argument for simplicity in his speech, ‘The Dog and the Frisbee.’ Haldane begins his comments by relating the example of catching a frisbee, a process that “requires the catcher to weigh a complex array of physical and atmospheric factors, among them wind speed and frisbee rotation.” His question: how is such a complicated process attainable by most humans and even more admirably performed by dogs? The answer lies in the use of a simple rule of thumb – run at a speed that keeps the moving disc roughly at eye level. Haldane argues that the more complex a problem, the more simple the solution must be to avoid what statisticians call “overfitting.”

Haldane gives several examples of overfitting, beginning with complicated sports betting algorithms that examine historical measures of performance. He finds that such complex approaches are beaten by a recognition heuristic – simply picking the name of the player or the team that you have heard of. He goes on to relate that, “experimental evidence has found the same to be true across a range of other activities. Among physicians diagnosing heart attacks, simple decision trees beat a complex model. Among detectives locating serial criminals, simple locational rules trump complex psychological profiling… and among shopkeepers understanding repeat purchase data out-predict complex models.” Complex problems yield noisy results that can only be understood using big-picture, simplifying frameworks.

Haldane contrasts rules for governing known risks versus operating in a situation fraught with uncertainty, like investing in the stock market. He says, “Under risk, policy should respond to every raindrop; it is fine-tuned. Under uncertainty, that logic is reversed. Complex environments often instead call for simple decision rules. That is because these rules are more robust to ignorance. Under uncertainty, policy may only respond to every thunderstorm; it is coarse-tuned.” It is precisely because the variables impacting the market are so varied and complex that it requires a simple set of rules for mastery. Just as a human trying to calculate velocity, rotation, wind speed, and trajectory would drop the frisbee, an investor mired in every piece of market minutiae and tuned in to every piece of news about the spread of the virus is doomed to both a prodigious headache and poor performance.

Diversification: simplicity and humility personified
Wired as we are for certainty, it can be frustrating to throw up our hands and realize that, “I have no idea what’s going to happen” is the only thing that we can say at a time like this. Will COVID-19 become widespread or fade away? I have no idea. Who will be our next President? No clue. Lucky for us, being able to divine the future is not a prerequisite for benefitting from participation in markets. After all, diversification, called the “only free lunch in investing” is rooted in an ethos of, “you can’t be sure of anything so buy everything” and is proof that conceding to uncertainty does not have to mean compromising returns. In fact, I believe that “I don’t know” is one of the most powerful and even remunerative phrases in all of investing.

Take, for example, the “Lost Decade” of the early aughts, thusly named because investors in large-capitalization US stocks (e.g., the S&P 500 Index) would have realized losses of 1% per annum over those 10 years. Ouch. However, those who took the “I don’t know” approach and were evenly diversified across five asset classes (US stocks, foreign stocks, commodities, real estate, and bonds), however, didn’t experience a lost decade at all, realizing a respectable annualized gain of 7.2% per year. Other years, the shoe is on the other foot. Over the seven years following the Great Recession, stocks exploded upward while a diversified basket of assets had more tepid growth. You can take it to the bank that some of your assets will underperform every single year, a reality acknowledged in Dr. Brian Portnoy’s phrase, “diversification means always having to say you’re sorry” but you can likewise know that you will own what’s doing well when it’s doing well.

The simple fact is that no one knows which asset classes will do well at any given time and diversification is the only logical response to the uncertainty currently facing investors. For instance, stocks and bonds have only been down in the same year three times since 1928 (1931, 1941, and 1969), meaning their mutual presence serves as a buffer in tough times. Just as an airbag is a useless expense until you get in a car accident, bonds are a drag on performance – until they aren’t.

Conceding to uncertainty does not have to mean compromising returns. In fact, broad diversification and rebalancing have been shown to add half a percentage point of performance per year, a number that can seem small until you realize how it is compounded over an investment lifetime. Take, for example, the case of European, Pacific, and US stocks cited in Ben Carlson’s A Wealth of Common Sense. From 1970 to 2014, the annualized returns were as follows:

Similar returns, but let’s examine what happens when all three markets are combined, equally weighted, and rebalanced each year-end to maintain consistent portfolio composition. In what can only be described as a diversification miracle, the average return of the portfolio over this time is 10.8% annualized – greater than any of its parts! Each market had good years and bad years and automatic rebalancing has the effect of selling winners and buying losers. Buying low and selling high – sound familiar? By entering when stocks were cheap and exiting when they became more expensive, the synergistic effects of diversification are realized. Turns out, not having a clue isn’t so bad after all.

Do the next right thing
I started this piece with a reference to Frozen 2 and its songs, like many other parents of young children, play endlessly in my head. One of those songs is, “The Next Right Thing”, a nod to trusting the process when surrounded by uncertainty. The co-lead, Anna, sings:

“Take a step, step again
It is all that I can to do
The next right thing
I won’t look too far ahead
It’s too much for me to take
But break it down to this next breath, this next step
This next choice is one that I can make
So I’ll walk through this night
Stumbling blindly toward the light
And do the next right thing”

In the coming weeks and months, there will be those who will purport to have all the answers about where the market is headed. As long as there is a market for certainty (and there will always be no matter how impossible it is) there will be charlatans and prognosticators who step up to meet the demand. But for behavioral investors, who realize the impossibility of such forecasts, it will be a time for simplifying, diversifying, and doing the next right thing.

The next right thing might be revisiting a financial plan and re-centering on personal goals. It could be laughing in the face of fear by maxing out contributions. The next right thing might be loss harvesting in preparation for the upcoming tax season. It could be many things, but it will never be taking sweeping bets, deviating dramatically from a plan, or believing that the fundamentals rules of investing don’t apply to you. On any given week, month, or even year, markets can be volatile and punishing. But over an investment lifetime, they have consistently rewarded those who patiently and calmly diversify, simplify, focus on goals, and put one foot in front of the other. 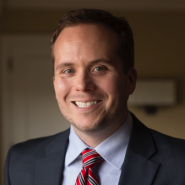 Positioning yourself as a behavioral coach

The formula for happiness: Wanting what you have

The eye of the storm

Tom Rieman, 11 months ago 3 min read
Subscribe to get
insights in your inbox
Subscribe to receive the latest insights from our experts.